Im moved to ThreeLoudKids.com Please take note, as there is a ton of really great stuff happening over there! 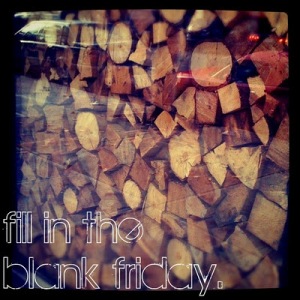 1. My favorite thing about this week was/is: HALLOWEEN! 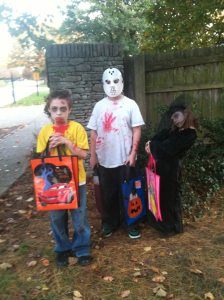 2. Colder weather makes me: Happy- (Unless its SUPER SUPER cold) I totally dig all those cold weather accessories!
3. Three things that make me terribly happy as of late are:
-Not having a headache (because those times a few and far between)
– Torani Raspberry coffee syrup.
– The fact that family will be coming to visit very soon!
4. If I could only wear one kind of shoe for the rest of my life, I’d choose: This is a hard one- I love shoes so much. Id probably have to say boots. I love boots.
5. My personality type is:
-Im super shy in person- unless you make me mad, then Im super confrontational.
6. I have a serious problem resisting: touching Johns super flurry beard. (LOL- sorry John)
7. My favorite color to wear is: BLACK. Because I can accessorize with fun colors.

What’s more awesome than cereal? Cereal AND super heroes! Two of my boys favorite things.For a limited time, specially marked Big G cereal boxes will feature collectable DC Super Hero comic books starring members from the Justice League, from Batman to Wonder Woman to Green Lantern! (How cool is that right?!) Personally I give mad props to any cereal company that actually still puts toys in the cereal box instead of having to send 100 upcs off to get one. (Is General Mills the only brand that does that?)
We are huge cereal eaters here, for breakfast, lunch, and sometimes even dinner.(Yep I just admitted that to the entire world- I occasionally feed my kids cereal for breakfast!) I also put cereal in my kids lunch (dry of course)- oddly enough that some how makes me the cool mom! But my favorite thing to do with cereal is make cereal bars! Try this recipe, it literally works with ANY cereal. We tried it most recently with Lucky Charms (NOM). 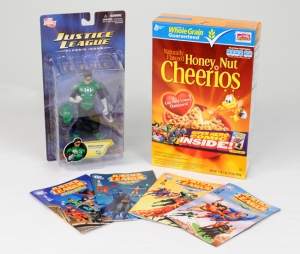 So- I know you’re wondering how you can get your hands on some Big G cereal (besides going to the grocery)
Heres what you will win!

1 box of a participating Big G cereal
1 set of the collectable DC Super Hero comic books
1 Green Lantern action figure
Heres how:
MANDATORY ENTRY: If you could have one super power what would it be?

Be sure to leave a comment for each entry! Contest will end on November 6th at 11:59pm.

*Disclosure: Product, information, and giveaway have been provided by General Mills and DC ENTERTAINMENT through MyBlogSpark.*

Just about 20 days until Thanksgiving (where did this year go?!?). I thought it was just about time to share some awesome Pinterest finds. 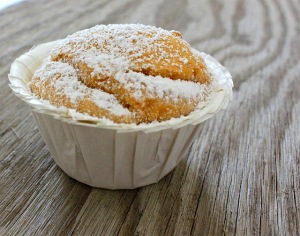 These muffins I made last week- and they were the best muffins I ever had. {The mix WILL feel too dry- but I promise the muffins will come out moist and delicious!} 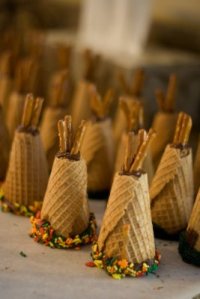 These little teepee cakes are on my to make list. {seriously can you imagine the kids eating these?!? CUTE!} 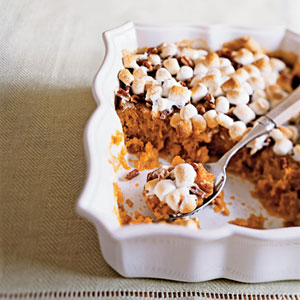 My favorite thing about Thanksgiving {beside turkey of course} is the sweet potatoes!

I’ve been looking on Pinterest for weeks now for great Thanksgiving ideas, there just isn’t much. Do people really not to Thanksgiving up big? Guess Ill start looking for Christmas ideas now!

Every Friday night at our place is Pizza and a movie night. Its one of the traditions around here (along with actually eating at the table every meal except Friday). Typically we grab a pizza from Little Caesars or Pizza Hut, however some nights- if I feel up to cooking I swing and grab a frozen pizza, and when I do its normally Totinos. I LOVE their pizza, especially the canadian bacon (did you know they had this kind?? I didn’t until super recently!) but my kiddos LOVE their pizza rolls in their school lunches.

The cool thing is that Totinos has a promotion going on right now, where you can get a FREE red box rental when you purchase Totinos pizza rolls or Totinos pizza! 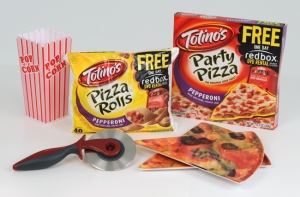 Perfect to go with your own Family Movie night!
Heres what you have to do to win…
Mandatory: Like Totinos on Facebook

Please make sure to leave a comment for each entry.

This contest ends on November 3rd at NOON.

Disclosure: The VIP coupons, prize pack, information, and giveaway have been provided by Totino’s through MyBlogSpark.